SpaceX, the rocket company founded by tech billionaire Elon Musk, is just as likely to grab headlines as NASA these days.

But if you’re having a hard time keeping up with SpaceX’s plans to reshape the spaceflight industry, replace international flights with orbital rocket launches, create a global broadband network and build a huge human settlement on Mars, don’t worry: We created this SpaceX primer so you can get up to speed fast.

In 2002, Musk and friends traveled to Russia to buy a refurbished intercontinental ballistic missile. The Silicon Valley prodigy who made millions off internet startups wasn’t looking to start a business at the time. He wanted to spend a big chunk, or maybe all of his fortune, on a stunt he hoped would reinvigorate interest in funding NASA and space exploration.

The idea was to buy a Russian rocket on the cheap and use it to send plants or mice to Mars — and hopefully bring them back, too. Ideally, the spectacle would get the world excited about space again. But Musk’s Moscow meeting didn’t go well and he decided he could build rockets himself, calculating that he could undercut existing launch contractors in the process. SpaceX was founded just a few months later.

Musk initially hoped to make it to Mars by 2010, but just getting one of its rockets into orbit took six years. A SpaceX Falcon 1 orbited Earth for the first time on Sept. 28, 2008. This paved the way for a nine-engine version of the rocket, the Falcon 9, the company’s workhorse since its first launch in 2010.

Falcon 9 is a two-stage orbital rocket that’s been used to launch satellites for companies and governments, resupply the International Space Station and even send the US Air Force’s super-secret space plane on its mysterious long missions. Over the past eight years, the company has flown more than 50 Falcon 9 missions.

What really sets Falcon 9 apart from the competition is its unprecedented ability to send a payload into orbit and then have its first stage return to land back on Earth or on a floating droneship landing pad at sea, another SpaceX innovation. After a few explosive failed attempts, a Falcon 9 was finally landed successfully on Dec. 22, 2015, and a few months later on a drone-ship for the first time. Several recovered Falcon 9 rockets have since been reflown and remanded. On May 11, 2018, SpaceX launched its first Block 5 Falcon 9 rocket, the “final version” designed to be reflown up to 100 times with periodic refurbishments.

A Dragon that flies

SpaceX’s Dragon craft has been used to carry cargo to the International Space Station. Dragon was the first commercial spacecraft to be recovered after a trip from orbit. SpaceX is working on a second version of the Dragon that it intends to use to send humans to space and the ISS as soon as late 2018 or early 2019.

SpaceX grabbed heaps of attention in February when it successfully launched Falcon Heavy, the most powerful rocket launched from the US since the Saturn V that sent astronauts to the moon. Basically, three Falcon 9 rockets strapped together, the huge launch system sent a test payload consisting of Musk’s personal red Tesla Roadster in the direction of Mars. Two of the three Falcon 9s that made up Falcon Heavy also successfully landed nearly simultaneously at Cape Canaveral.

More than 15 years after his initial trip to Moscow, Musk finally pulled off the international spectacle he had conceived in 2001 but also built a viable business in the process.

You can watch every Falcon 9 and Falcon Heavy launch via the company’s website and YouTube channel. Each broadcast typically goes live about 15 minutes before the scheduled launch time.

To keep up with the constantly changing schedule of launches, the best source is the SpaceX Twitter feed. It’s also a good idea to follow Elon Musk’s account if you don’t already.

SpaceX plans to use Falcon Heavy to launch some large payloads in the coming months, but it’s already at work on an even bigger rocket, the “BFR” (for “Big Falcon Rocket” or “Big F***ing Rocket”). Musk hopes this even more massive rocket will be able to transport cargo and eventually human passengers around the world and the solar system. He envisions using BFR to ferry people on superfast international flights via space and eventually to bases yet to be built on the moon, Mars and beyond. 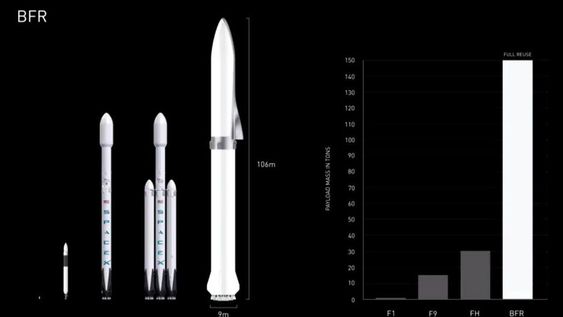 Musk offered his plans for Mars at the past two International Aeronautical Congress meetings, but he has yet to give many details on what life on the Red Planet would be like. He’s said SpaceX is primarily interested in providing the transportation while allowing others to worry about the infrastructure. However, company President Gwynne Shotwell said it might make sense for SpaceX sister venture, The Boring Company, to bore tunnels on Mars that could be used for human habitation. 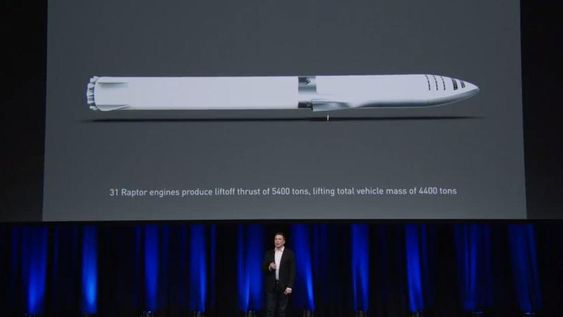 SpaceX isn’t just working on getting things into space, it also hopes to use space to bring the universe to you. The company launched a pair of test satellites designed to be the first step towards deploying a massive constellation of broadband satellites. The plan, dubbed “Starlink,” is to use nearly 12,000 satellites in low-Earth orbit to blanket the globe with high-speed internet access. The company says the service could create a new stream of revenue to help fund its price-y Mars ambitions.

SpaceX has aimed at getting to Mars from its inception, but Musk is also willing to help send tourists on a flight around the moon and the company is involved in non-space related projects on Earth like the high-speed Hyperloop transit concept. Musk’s “Boring Company” tunnel-digging and traffic-mitigating ventures are also largely based out of SpaceX headquarters in Southern California.

Unlike the other big Musk company, Tesla Motors, SpaceX is not publicly traded and is subject to the whims of numerous investors. Musk has said he doesn’t plan to take SpaceX public until the company realizes its Mars ambitions. That means SpaceX might make sense as the home of any other future Muskian side projects like Hyperloop and the Boring company in the meantime. 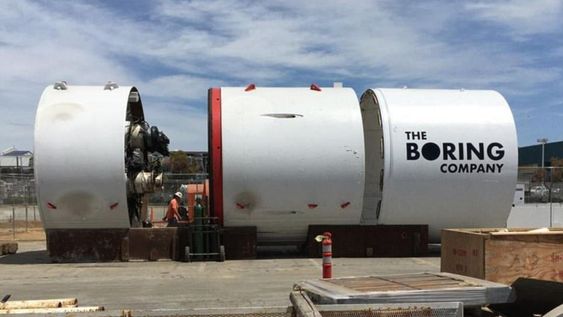